N O T I F I C A T I O N
Subject: Invitation to become an associate of the Institute (American Association for the Advancement of Science)

Accordingly, on 9 July 2018, a letter by the IAI Directorate on behalf of the Conference of the Parties was sent to the AAAS inviting it to consider accepting an invitation to become an Associate per Article XI of the Agreement establishing the Inter-American Institute for Global Change Research. 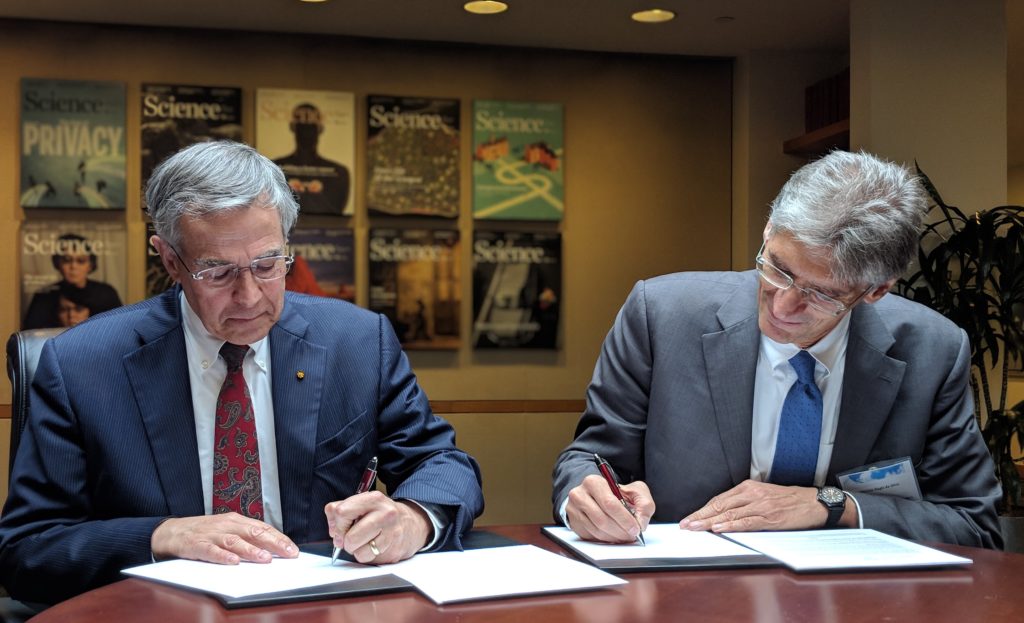 I am pleased to inform you that the AAAS accepted the invitation and signed a Memorandum of Understanding (MoU) on 14 September 2018 during the AAAS fourth annual science diplomacy conference, Science Diplomacy 2018, in Washington, D.C., United States. The MoU outlines activities and issues to be jointly addressed by the IAI and the AAAS, particularly activities related to science-diplomacy.

The IAI Directorate also participated in the AAAS fourth annual science diplomacy conference on a panel that addressed “Strengthening Ties, Strengthening Global Policy Making: Mechanisms in the Americas” along with distinguished speakers, such as Mona Nemer, Chief Science Advisor, Government of Canada, Aisha Jones, Executive Director, Biotech R&D Institute of Jamaica, and Rita Colwell, Distinguished University Professor, University of Maryland at College Park and at Johns Hopkins University Bloomberg School of Public Health, former AAAS president and former director of the US National Science Foundation. The Directorate presented and highlighted the work of the IAI in science diplomacy in the Americas. 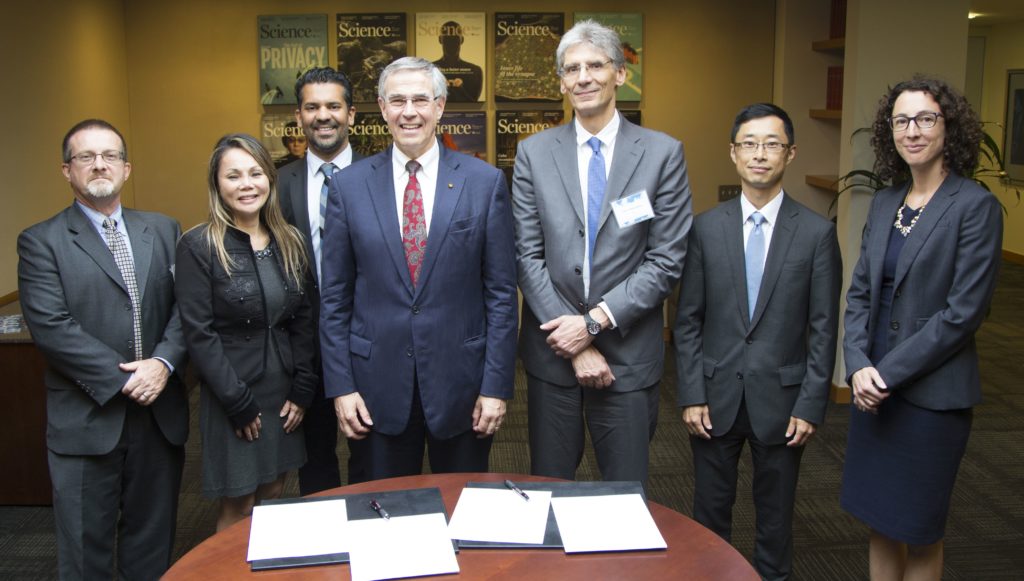 The AAAS and the IAI have had a longstanding and fruitful relationship. Becoming an Associate of the IAI will offer the AAAS better channels to provide advice on science and science diplomacy more directly to Parties and to more actively participate in activities developed by the IAI. It will also offer the IAI opportunities to contribute to the AAAS’s outstanding science-diplomacy activities and initiatives developed through its Center for Science Diplomacy, particularly in Latin America and the Caribbean.

More information on the conference and on the signing of the MoU is available at https://www.aaas.org/event/science-diplomacy-2018

Please accept, Madam/Sir, the assurances of my highest consideration.