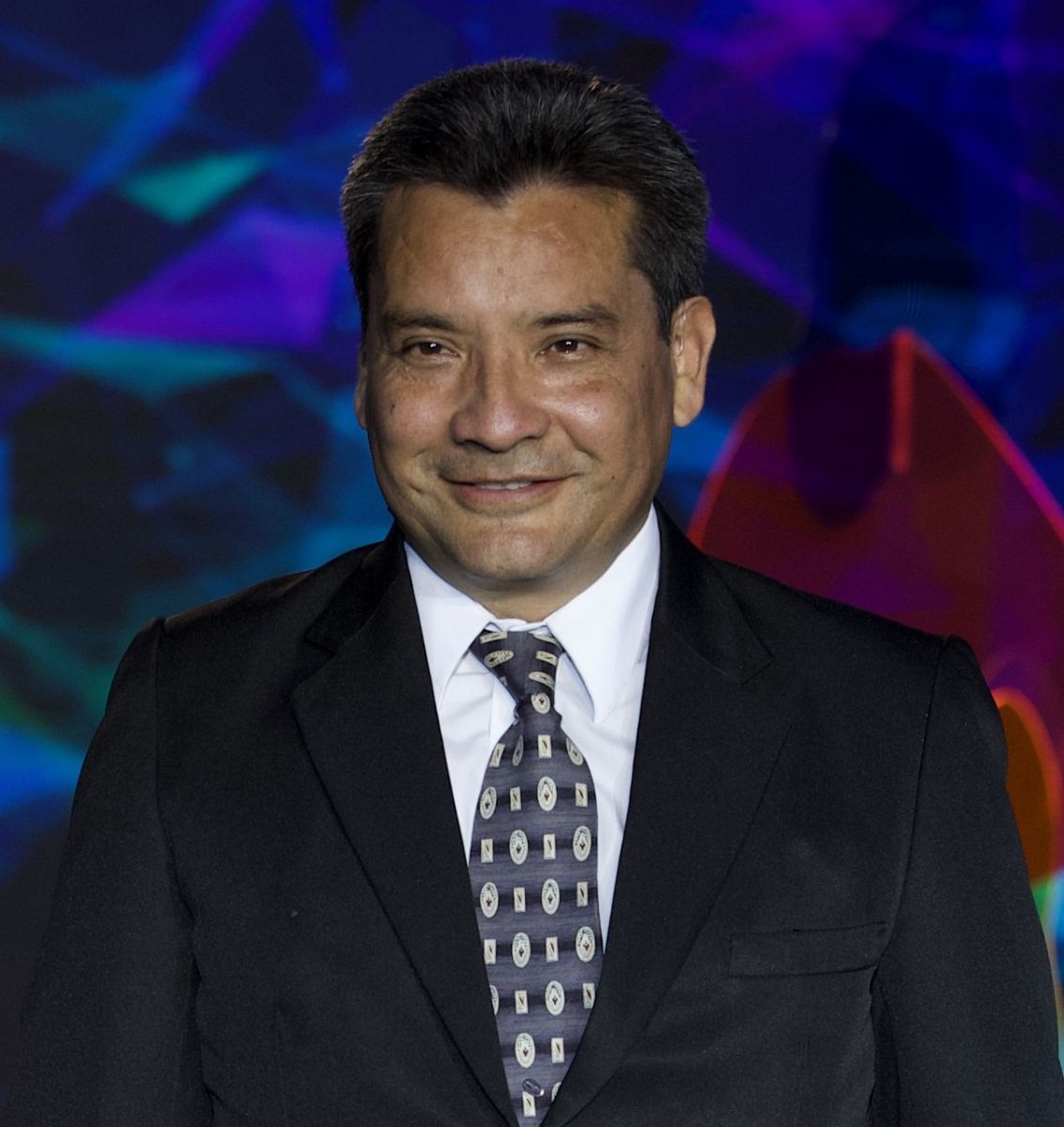 Dr Edwin Castellanos, director of the Sustainable Economic Observatory from the Universidad del Valle in Guatemala

As the sole Central American author of the latest IPCC report, Dr Castellanos emphasises the most important implications and central messages for decision-makers.

What is the mission of your institution?

I work at a university here in Guatemala that is relatively small; of the private universities, it is one of the oldest in the country, which was created with a focus on scientific research. In our Central American region and I think in Latin America as well, most private universities do not really develop much research and, in our case, the university was founded mainly for that purpose, so we have a reasonably large research centre, a research institute, and within that institute, we have eleven research centres. I direct one of them, the Sustainable Economic Observatory; it is precisely the most recently created research centre to help link science with decision-making. Therefore, the task at our centre is to serve as an interface between scientists and decision-makers, who could be decision-makers in politics and private and other sectors.

How do you work with IAI-supported networks in your work?

Personally, I have worked on many research projects with the IAI, so it was my first contact with the institution. Around 2002 I made a proposal for a small donation. We managed to include a more significant proposal from that small proposal, so I was able to coordinate one of the networks that the IAI funds through what they call the CRN or Collaborative Research Networks. We had a project at the level of Mesoamerica, that is, southern Mexico, Guatemala, Honduras, and Costa Rica. We worked on climate change research with small coffee producers. Since that time, I have had contact with the IAI, but beyond the research, I have also helped other researchers from Guatemala to get involved in training programs in several of the courses or workshops that the IAI has organised in the region.

How do you find yourself involved with the IAI and other organisations?

My work serving on the Scientific Advisory Committee has just ended; the last meeting of the Conference of the Parties in June was the last time I participated as a technical-scientific advisory member. I also work with another well-known international group on climate change, the IPCC. I am one of the main authors of the chapter for Central and South America, and precisely in these last months, I focused on that because we are in the process of finishing our report on vulnerability and adaptation.

What are the implications of the IPCC/State of the Climate Report in Latin America and the Caribbean 2020 (WMO) for the region?

They are definitely very important reports that all people in the region must recognise, especially high-level decision-makers, and there is a limitation of these reports. Even though they are written in a language that is as friendly as possible, they are very dense, so it is a challenge to get the information from them to decision-makers. It is where the IAI has precisely an important role in serving as an interface. These reports must be taken into account in the region's decisions, not only in environmental decisions, because often the issue of climate change tends to be thought or worked on from the environmental sector. For example, in Guatemala, as in other countries in the region, the focal point of climate change is in the ministry of environment, but it turns out that the ministries of the environment in our region are small, relatively weak, politically speaking. So, the issue of climate change does not reach that high level in the decision-making of governments. These reports must be useful so that the governments and countries of the region realise that climate change affects all aspects of our society's life. Therefore, an issue that must be addressed not only from the environmental viewpoint but also from human health, agricultural production, infrastructure, and so many other aspects that are being impacted by global changes.

What is the most important message of the IPCC report for decision-makers in the Americas region?

Climate change is definitely a very serious problem, and many times we can feel without any resources, basically feel like "well there is nothing we can do", but there is much we can still do. We need to work together as part of the planet to reduce emissions; even though most Latin American countries contribute very little to global greenhouse gas emissions, we have to have our own emissions reduction commitment if we are to have a planet with zero greenhouse growth. All the world countries have to contribute, so from the mitigation part, that is, emission reduction, we have to have our commitment. However, from the adaptation side, we have to be aware that the problem of climate change is here to stay, so even if we succeed in reducing emissions, we have to live with this problem for at least one more century, and therefore adaptation becomes crucial. We need to, as countries, invest more in making our societies better adapted to these extreme changes that climate change is bringing us.

From your experience, what strategy or approach is with the greatest promise for science to be adopted in decision-making, especially in the face of the results of the latest IPCC report/State of the Climate Report in Latin America and the Caribbean 2020 (WMO)?

Coordination strategies are always essential; for example, I know that several of the region's large cities are coordinated in their efforts to address some of the climate change issues. It is a very good strategy to support each other, to learn from each other, and again, the IAI has a very important role to play in it because it already has that international coordination that we need in our continent. Being able to support us, learn, especially for small countries like Guatemala, such as the Central American countries, where science is not very developed, is necessary, and collaborate with scientists in the region. Mexico and Colombia are scientifically much more developed countries, and working with them, we could develop our science more.

What have you been working on lately in your institution that is related to global change?

It is interesting that I am the only scientist from Central America, not only from Guatemala but from Central America, working on this IPCC report. That shows that we really need to put more interest in these kinds of international initiatives. The IPCC is an interesting initiative because it is a mix of scientists but also representatives of country governments; the governments of our countries have nominated the scientists who work in the IPCC. So often, the fact that there are no scientists from certain countries represented in the IPCC results in low scientific development in the country and governments have often not had the interest to nominate candidates for these positions. For me, it has been very important to participate in this IPCC initiative precisely to try to make the situation in Central America more visible in these reports. These reports are based mainly on scientific publications, so it is like a vicious circle. The poorest places like Central America, compared to South America, have very little scientific production and, therefore, very little scientific evidence of the high levels of vulnerability that we present due to poverty. So, on the one hand, poverty makes us highly vulnerable, but, on the other hand, it also makes us not produce enough science to put the scientific evidence in these international reports.

How can countries make the most of IAI resources for global environmental change?

Many of the impacts of climate change in our region are being most felt in poor rural areas. Much of the work I have done funded by the IAI, and that I hope to continue in the future is working with farmers in rural areas. In Central America, climate change is bringing us extremely variable rainfall patterns. Our farmers are or were used to a planting and harvesting cycle with a fairly orderly rainfall but, now that the rainfall patterns are totally out of the ordinary, farmers are having a lot of trouble in achieving adequate harvests, and this is basically increasing the food insecurity problems that are already observed in our region. Urban areas also have their problems; all the urban centres of Latin America already had difficulties of uncontrolled growth, some poor neighbourhoods with a lot of vulnerability, and now climate change is exacerbating that situation. For example, specifically here in Guatemala City, access to water has been declining; now, rainfall variability makes the lack of water availability more acute.

I believe that IAI-funded research is invaluable, especially in small countries like Guatemala, such as Central American countries, where domestic resources for research are extremely limited. For example, the support to a research project of 4 or 5 years, which the IAI usually offers, is something that we do not have locally. Our government agency that funds research only funds 2-year projects. In climate change projects, in environmental projects, we usually require longer periods of research to observe the changes we are studying. But also, all the training and infrastructure that the IAI has to be able to achieve those scientific exchanges between the scientists of the region are crucial, so I think those are the two invaluable tools that the IAI is making available to the countries of the region.

What comes out of me now would be friendship. Although I have not thought deeply about this, I would go in that line: friendship, sharing, and collaboration.

What is your favourite plant, tree or animal?

In Guatemala, we have a very special tree that is the ceiba; it is the national tree of our country. It is a tree that has always been in our culture because it was the sacred tree of the Mayans who inhabited our territory for thousands of years. The ceiba is a huge tree that stands out in the forest, and the Mayans thought or believed that this tree was the one used by souls to climb to the sky once they died, so it is an impressive tree physically and culturally for its history.

What is your favourite sound?

I really like the sound of nature. I have the great fortune that I live inside Guatemala City, which is a very little green area, I live in the middle of a fairly wooded area, so I wake up with the song of the birds. It is a beautiful sound to hear the birds singing early in the morning, or when it finishes raining, for example, they sing again, beautiful.

How would you describe yourself to readers in three words?

The first one maybe should be generous, the second one could be methodical, and the third one I would choose would be maybe happy, it would be a good word to describe me; I feel happy with my life and what I can do with my life.