As part of its efforts to strengthen the activities at the interface between science and policy, the Directorate of the Inter-American Institute for Global Change Research (IAI) participated in the program sponsored by the American Association for the Advancement of Science (AAAS) on “Science Diplomacy and Leadership” which was held at the AAAS headquarters in Washington, D.C. from 11 to 15 September 2017.

The AAAS program introduces young doctoral students to issues on science diplomacy and its role in bilateral and multilateral relations and negotiations among countries and under global agreements. 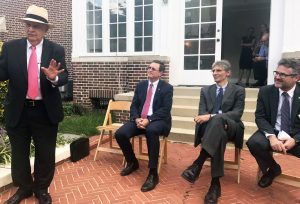 One important activity of the program was held at the Embassy of Costa Rica in Washington, D.C., where a panel discussion was organized to provide students with an introduction to government and international officials with experience in bilateral and multilateral negotiations. Participants in the panel included Román Macaya, Costa Rican Ambassador to the United States, Marcos Regis da Silva, Executive Director, Inter-American Institute for Global Change Research, John Maisto, U.S. Ambassador (ret.) to Nicaragua, Venezuela, and the Organization of American States and Senior Adviser, Arizona State University, and Ernesto Fernández-Polcuch, Chief of Section, Science Policy and Partnerships, UNESCO (panel Chair).

The IAI Executive and Deputy Directors spoke on their participation in and experiences on multilateral environmental negotiations and explained the many implicit and explicit factors and elements that may bear on the adoption of a final decision by parties to a multilateral environmental agreement. They described the role of the IAI as an intergovernmental organization and its regional role in current discussions related to the 2030 agenda and national achievement of the Sustainable Development Goals. 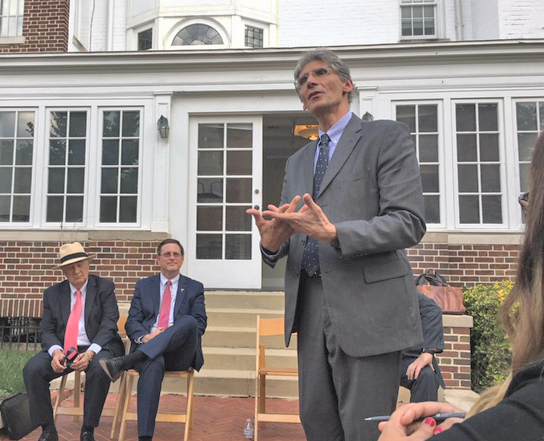 In this regard, the IAI Collaborative Research Network program has contributed to generating state of the art scientific knowledge on global change issues for many governments and countries in the Americas, as well as fostered the development of scientific capacities, under a multilateral cooperative framework. They concluded by presenting the support of the IAI to many innovative scientific projects and programs and its efforts to establish greater interdisciplinarity among social and physical sciences.