Given the complexity of current environmental challenges, the interdisciplinary approach to science has gained increased awareness and use in the global scientific research community. The São Paulo School of Advanced Science on Ocean Interdisciplinary Research and Governance will gather a critical mass of young scientists to discuss scientific knowledge of relevance to society.

The São Paulo School 2018: all together to save the oceans

The SPSAS, held from 13 to 25 August 2018, included a 12-day course, poster and tutoring sessions, and a one-day field trip to Baixada Santista, a metropolitan coastal region in the state of Sao Paulo formed by 9 cities (Bertioga, Cubatão, Guarujá, Itanhaém, Monguaguá, Peruíbe, Praia Grande, Santos and São Vicente), where the group could see live examples.

During the field trip to Baixada Santista, participants took a schooner tour in the morning to visit the Santos canal (which drains wastewater from the city to the ocean). The area is home to a community of about 20,000 people living in “palafitas” – small houses built on platforms supported by stakes or logs in the sea and popular with tourists for its beautiful beaches. In the afternoon the group learned about the effects of coastal erosion that is taking place in Ilha Porchat at the city of São Vicente.

Here’s what some of the participants and lecturers had to say:

I did not know it was such a big event. It was important to understand how to apply knowledge in practice”, said Francisco José Soto Simpson from the Technical University Federico Santa Maria, Chile.

Simpson was one of the 109 students who participated in the SPSAS. Other participants were from countries in the Americas, Europe, Africa, Asia, and Oceania. “This event opened my mind to other points of view. It exceeded my expectations”, said Pedro Henrique Dias Marques from the Federal University of South Bahia, Brazil. Talking about the many aspects in which the School was enriching, he added: “The School was an opportunity to get to know other programs, participate and grow professionally”.

The course also provided an excellent networking opportunity for all participants, resulting in plans for partnerships in projects. “Students worked very intensively, looking for connections among the most varied areas in the marine sciences”, said Alexander Turra, coordinator of the School from the Oceanographic Institute at São Paulo University, Brazil. A concrete example of such connections and exchange of information was provided by the participant Dias Marques: “I made new partnerships for future projects like an exchange program in Canada.”

“For me, the most interesting part of the course was the interdisciplinarity. It may not be essential, but it is necessary and very important. Having people from diverse areas and places addressing the same topic professionally is wonderful. A great opportunity”, said Maurício Rebouças Rocha from Federal University of Campina Grande, Brazil, “For example, we have our research on beach erosion and we can anticipate what it will look like in 50 years, but this does not happen in other places. For instance, a participant from Fiji explained that erosion is likely to make the island disappear in a few years”.

All examples seen during the field trip were useful to scientists. Ocean pollution is not only an ecological issue but also a health problem because many people survive on contaminated seafood for Priyatma Singh from the University of the South Pacific, Fiji, “It was very important to me, especially now that I’m moving from natural science to social science. I want to put everything I have learned into practice. The School was amazing”. After the field trip, students used all the content learned in group-dynamics to exercise the relationship between science and management.

“I’ve learned a lot in the Sao Paulo School. I am grateful for this opportunity, the first one of this kind. My passion to save the oceans is back. I want to return to my country and do something about it. It’s amazing because everyone learns here and can apply the knowledge acquired in their countries“. Dunuhinge Amavi Nimesha Silva, a participant from Mauritius Island who is studying at the Basque Country University, Spain.

The coordinator of the Sao Paulo School, Alexander Turra, was very happy with the group of participants and speakers, and the work developed during the event. “The SPSAS Ocean has been a success. After the course, we intend to launch products related to interdisciplinary science and governance, some of which will include the participation of students. We also intend to create a long-term network platform with the participants of the course that will allow to develop other products, projects, and publications, and it will approach this fantastic team of students that we have managed to gather here”.

A webcast of the lectures, photos, presentations, videos, can be found at:
https://spsasocean.wixsite.com/spsas-ocean 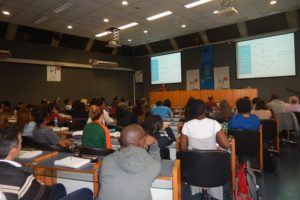 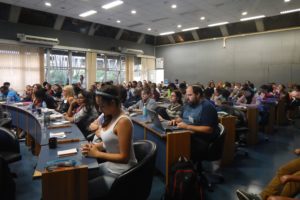 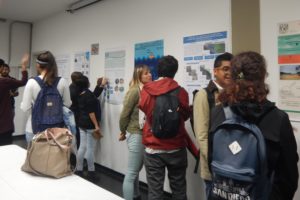 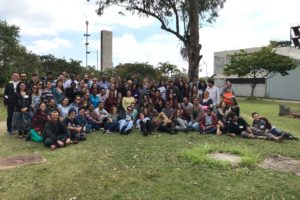 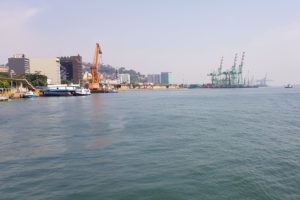 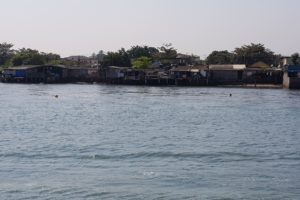 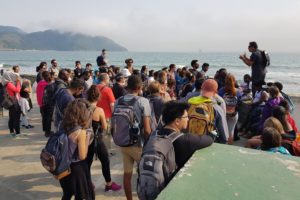 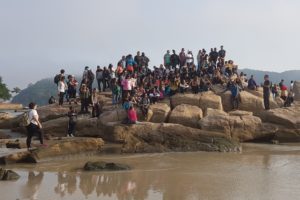 The course is organized around 3 major themes on ocean research:
1) Setting the context: theoretical and historical background;
2) Sharing the advances in oceans sciences: processes and connections;
3) Integrating science and public policies.

The 2-week course will include theoretical classes, work in groups, poster sessions, science-policy discussions, and a field trip to Baixada Santista, located in the central coast of the state of São Paulo.

Objective:
Poster sections are an opportunity to schools’s participants to share information about their own projects with other participants and speakers. We recommend that participants use this opportunities to discuss the connections between their projects and SPSAS’ goal, promote the practice of interdisciplinary ocean research and integrated science and governance.

Poster specifications:
Poster size: 90*60cm (portrait oriented).
Poster content: The poster is about your project, use the space to bring the information you find pertinent to help other people understand your proposed objective and method. Remember your poster will be available in the website for others to check.
Participants must bring their poster printed and send a pdf copy to spsas_ocean@usp.br prior to July 25 (use: YourName_Poster.pdf for naming your file).
Posters will be hung in the walls with adhesive tape, which will be provided by SPSAS organization. There is no need to include any poster hanger in your poster.

Objective:
Tutoring sections are an opportunity to schools’ participants to discuss their projects with selected tutors. We have arranged a specific timetable for tutoring but participants and speakers should feel free to interact at any given time.

Some tutors have two days of tutoring sections. Students should arrange directly with their tutors who will participate in each day.

The São Paulo School of Advanced Science on Ocean Interdisciplinary Research and Governance (SPSAS Ocean) will be held from 13 to 25 August 2018 at the University of São Paulo (USP), São Paulo, Brazil. The SPSAS is organized by the Oceanographic Institute (IOUSP), the Inter-American Institute for Global Change Research (IAI), the Institute of Advanced Studies (IEA/USP), with the support of INterdisciplinary CLimate INvestigation cEnter (INCLINE), Brazilian Network for Monitoring Coastal Benthic Habitats (ReBentos), and other collaborators. It is sponsored by the São Paulo Research Foundation (FAPESP).

The SPSAS Ocean aims to contribute to the training of graduate students in the area of ocean science. Secondary goals of the school are to foster the exchange of knowledge from different disciplines and experiences; promote cultural exchanges among participants, SPSAS speakers and organizers, and facilitate the development of collaborative networks. An additional goal is to gather a critical mass of young scientists interested in ocean interdisciplinary research and governance to discuss scientific knowledge of relevance to society.

Background
Given the complexity of current environmental challenges, such as climate change and biodiversity conservation and governance, the interdisciplinary approach to science has gained increased awareness and use in the global scientific community. In parallel, ocean sustainability is a topic of concern and often voiced in international fora. These discussions stress the need to promote ocean governance coupled with a greater understanding of oceanographic processes. Ocean science, however, is still fragmented and many scientists lack training to understand and apply interdisciplinary and integrated approaches to their research to support decision making. This lack of training has created a strong demand for the promotion of interdisciplinarity in ocean research and more effective collaboration among natural and social sciences, local knowledge, and public policies.

Goal
To provide graduate students with advanced knowledge on interdisciplinary ocean research and integrated science and governance, including issues related to public policy. Participants will discuss relevant themes with renowned scientists in a multidisciplinary and multicultural context.

The webinar will consist of live broadcast of lectures from the SPSAS to be held in São Paulo, Brazil, from 13 to 25 August 2018.

Instructions
• To attend the Webinar it’s necessary to have a device (computer, smartphone or tablet) with Internet connection.
• At the time of the Session, just access the website: http://www.iea.usp.br/aovivo
• The time zone will be Brasilia Time. Please check your current hour.
• No login and password will be needed.
• Webinar attendees can send their questions during presentation. Lecturers will respond to as many questions as possible and as time allows.

Information of the School is also available at the website: https://spsasocean.wixsite.com/spsas-ocean